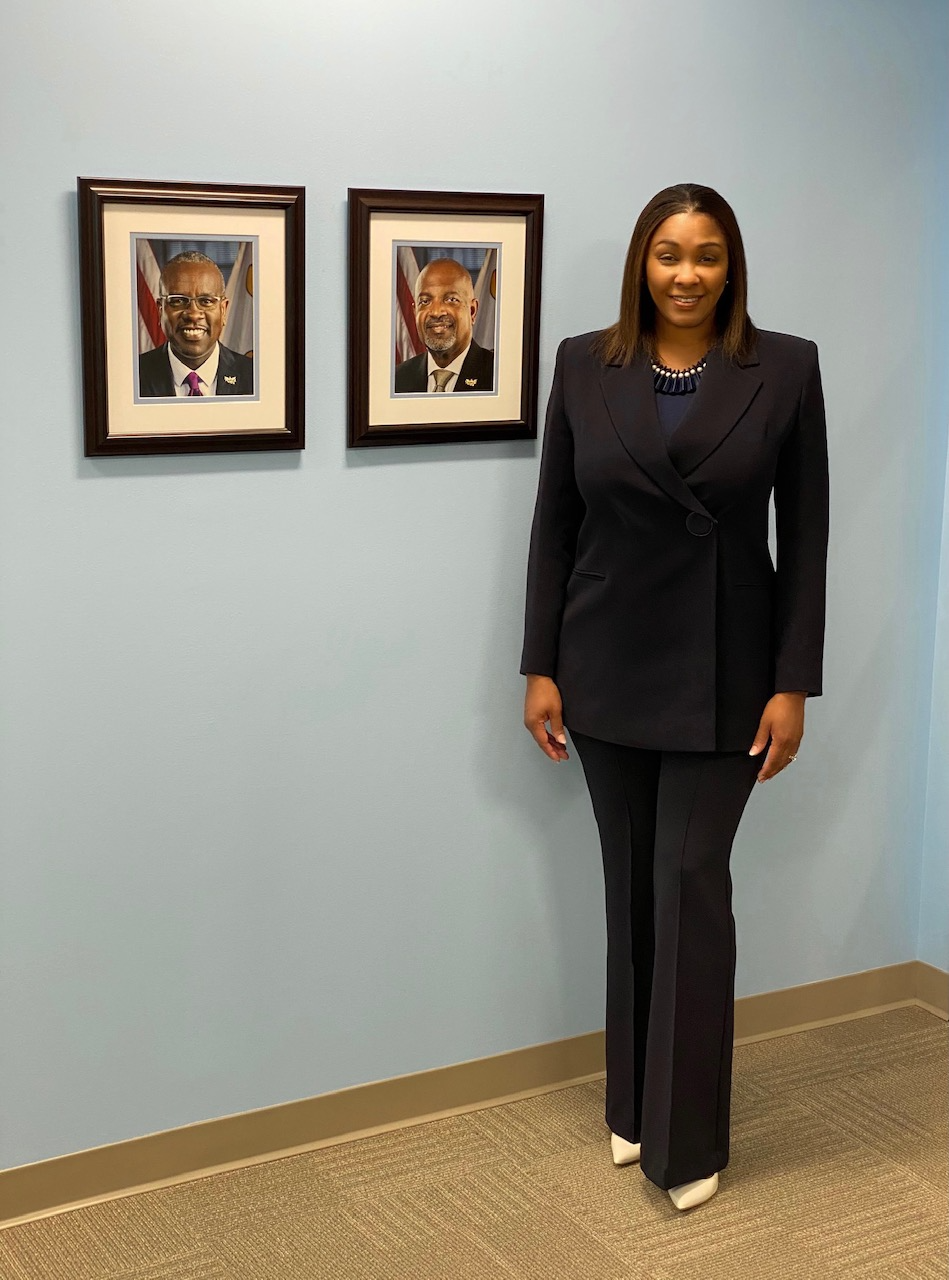 During a difficult pandemic year, U.S. Virgin Islands Governor Albert Bryan’s Director in Washington, D.C. has helped ensure the flow of CARES Act funding as well as life-saving vaccines to the islands, while modeling success for women and girls.

It’s International Women’s Day, and Teri Helenese—U.S. Virgin Islands director of state-federal relations and Washington representative—is taking stock of all the opportunities that have come her way in a career marked by accomplishments. She feels fortunate to be a woman at a time when gender equity is within reach. A time when women can aim high and, to borrow a phrase, be all they can be.

These days, she counts herself happy to be working with Governor Albert Bryan and his exemplary team, along with Congresswoman Stacey Plaskett, “whose stellar performance as Impeachment Manager earned the gratitude of a nation,” she says.

Helenese works behind the scenes to make things happen, and she does what she does on a grand scale. For example, as an IT consultant at Deloitte, she played a key role in developing the Transportation Worker Identification Credential (TWIC) in the aftermath of the 9/11 terror attacks. Thanks to her efforts as “TWIC Ambassador,” 2 million workers enrolled within the first few years. Today, TWIC has nearly 15 million enrollees.

She has brought the same spirit of action and professional know-how to her work in the public sector. During 2020, she was instrumental in channeling $22 million of Coronavirus Aid, Relief, and Economic Security (CARES) Act funding to Governor Bryan under the Education Stabilization Funding Program for the U.S. Virgin Islands’ educational needs, including broadband accessibility, primary and secondary schools, scholarships for college-bound students, support for school personnel, and the University of the Virgin Islands itself.

“There are other items on Governor Bryan’s CARES wish-list,” she says, “such as Pre-K classrooms, training and apprenticeship programs, and student mental health services, among many others. Governor Bryan and his team are looking at additional recommendations at this very moment!”

Working with the Department of Health and Human Services in Washington, D.C., the Commissioner of Health, and her team in the Virgin Islands, Helenese is also overseeing the vaccine delivery process, making sure the designated doses make the journey each week to community vaccine centers on the islands and into residents’ arms. She thanks Health Commissioner Justa Encarnacion and her team for their great work and pandemic response. 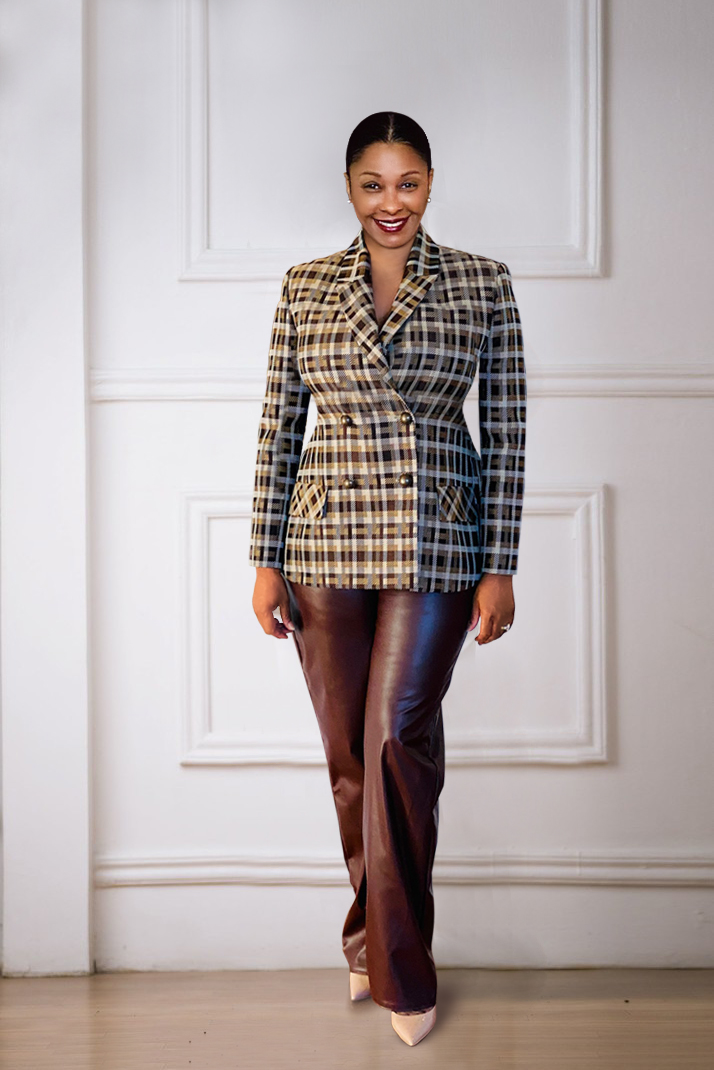 Helenese is optimistic that the Virgin Islands will reach herd immunity by July and tourism will boon again. “That’s Governor Bryan’s goal, and we’re all working to make it happen” she says. “The vaccine supply is there. To get to herd immunity, everyone needs to be on board. It’s paramount that people educate themselves, overcome any vaccine resistance, and waste no time in getting vaccinated.”

No question about it, as far as she’s concerned: The three available vaccines in Pfizer, Moderna, and Johnson & Johnson have been shown to be highly effective. And as for side effects, these are minor when you compare them with the disease they’re designed to prevent. “To me, getting vaccinated is not just about protecting ourselves. It’s about protecting our communities. That’s the only way to tame the virus once and for all.”

With all the suffering inflicted by COVID-19, Helenese sees a silver lining. “Under pandemic conditions, we’ve embraced innovation, especially in education. Virtual learning has given us an opportunity to rethink the student experience. Of necessity, we’ve incorporated technology into our schools’ curricula, and that turns out to be a good thing, considering the central role technology continues to play in economic growth and development, especially as we consider future hurricane seasons.”

“The CARES Act helped us come through,” she continues. “CARES funding bought us time to lay in the systems and processes we need to catch up and grow in the 21st century.”

An ongoing theme in Helenese’s life is helping girls and women succeed. She has been doing just that since college, as well as during her tenure at several major corporations in positions of major responsibility. Most recently, she stepped up as a participant in two virtual events, both sponsored by USVI Senator Donna Frett-Gregory. The first, titled “Pumps to the Pavement,” encouraged women to pursue their dreams and ambitions. And the second, “Navigating the Road to Graduation in a Distance Learning Environment,” targeted students facing a wide range of educational challenges, especially since the pandemic put the kibosh on in-person learning.

“Empowered women empower women”: That’s Helenese’s mantra, one she shares with girls and women at every stage of their lives. In other words, the more women who make it, the clearer the path to success for others. To express her appreciation and to reinforce her message, she sent a copy of Sheryl Sandberg’s bestseller, Lean In, to students who attended Senator Frett-Gregory’s events.

Rules to Live By

As a civic and community leader, Helenese follows the same three rules that have grounded her throughout her career:

1. Take every opportunity to thank people for the work they do.

2. Stay cool under pressure. Take a deep breath and strive to become a calming influence in crisis situations.

3. Work on your shortcomings, and do so consistently.

These rules have helped her remain focused and productive during the pandemic.

Asked what’s on her mind right now, she doesn’t even blink before answering: President Biden’s American Rescue Plan. “About 2.5 million women in the United States have been forced out of the workforce during the pandemic. That number increases by millions more women globally. States and territories are hurting. We have to get shots in arms. We have to get families the urgent relief they need, from food to housing, education, jobs, and health care. And we need to help small businesses, and our state, local and tribal partners. President Biden and Congress, as well as Governor Bryan, Congresswoman Plaskett, and our teams, were laser-focused on passing this critically important rescue package. Now, families and individuals will receive the urgent relief they need, from $1,400 checks to extended unemployment insurance and much more. Schools will be able to reopen safely, and gradually, Americans will get back to work.”

"On behalf of Governor Bryan’s Administration, I’d like to thank the Senators who voted to pass this all-important package, which will give millions of Americans the relief they need and deserve. We’re optimistic the bill will pass in the House, after which President Biden will sign it into law. Help is on the way!"

It’s hard to discern a post-pandemic future, she says, especially when we’re all still in the middle of the crisis. But with help on the way, whether in the form of vaccines, funding, or the simple fact of people helping people, Helenese is starting to envision her post-COVID life. Seeing family members and friends is at the top of her list. A trip to the Virgin Islands is music to her ears. Attending meetings in person is also an exciting prospect after a year of meeting virtually. And shopping at ROMAN’s ? That would be a special treat! 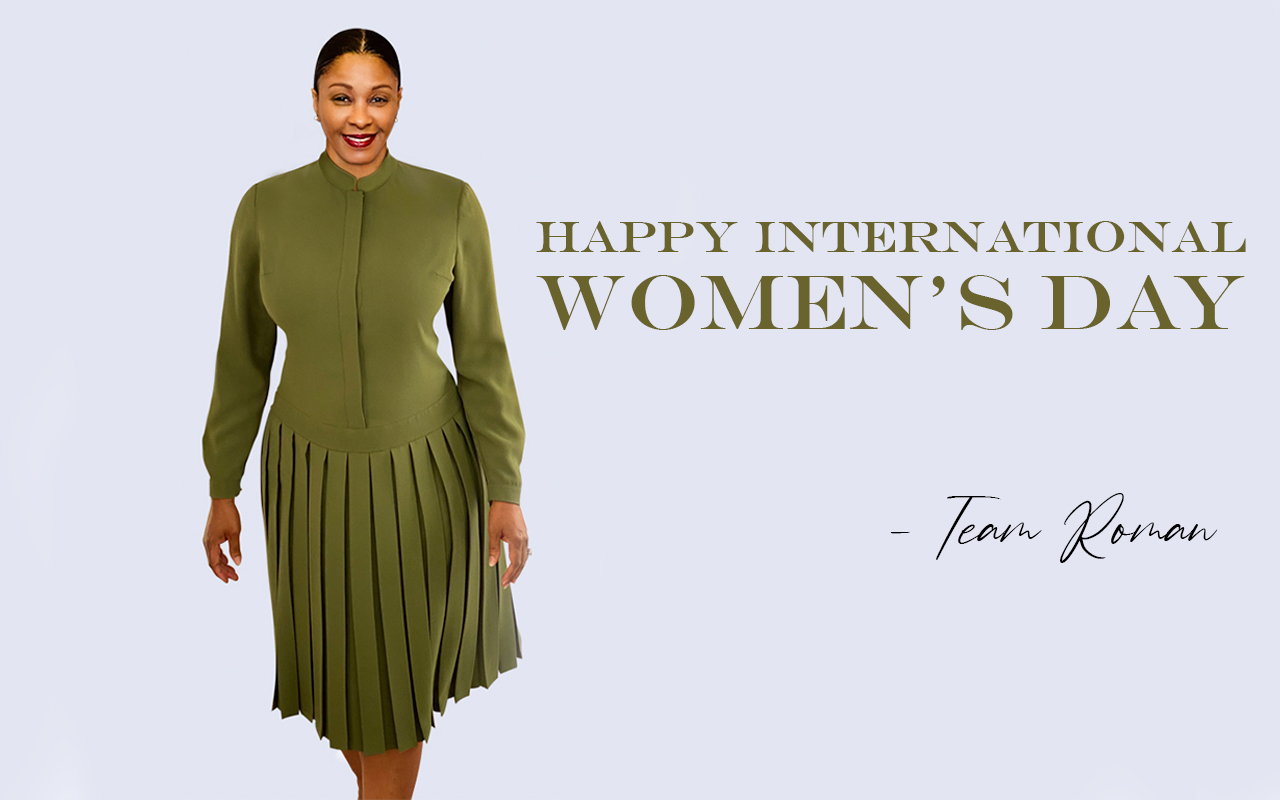 How To Style Patriotic? 4th Of July Special!